The people who work at Connor Wealth Management have the knowledge and experience to help you pursue your financial goals. Our staff is always ready to address your concerns, answer your questions, and put you at ease. 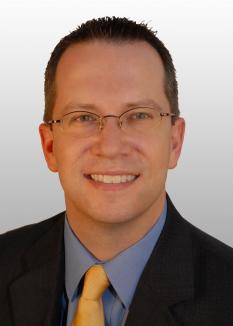 Eric W. Connor, CFP® is the president and founder of Connor Wealth Management and helps clients develop financial and personal goals and strives to help clients attain those goals. Eric created the company in February 2009 after selling his interest in a company he co-founded in 2003. Eric started in the financial services industry in 1995 and passed the FINRA Series 7 licensing exam that same year. He currently holds Series 7 and 63 securities registrations, a New York life, accident, and health insurance license, and a life insurance license in Virginia and Texas.

Eric has been a member of the Rotary Club of Lockport since 2001 and served as the club's president during the 2006-2007 year and was honored as a Paul Harris Fellow in 2008. Eric is currently the vice chairman of the Board of Directors for the Town of Lockport Industrial Development Agency and is very proud to be a director of the Grigg Lewis Foundation since 2015.  He was also a long-time member of the Kenan Center Board of Governors and was its president July 2013 to June 2015.  He lives in Lockport with his wife, Tracy, and children Jackson, Avery, and Marin. The Connor family attends First Presbyterian Church in Lockport.

Sueanne is a life-long resident of Lockport, where she resides with her husband, James.

In her free time, Sueanne enjoys spending time with her family, traveling, and collecting antiques.

Linda is a life-long resident of Lockport. She worked at Greatbatch Technologies for 18 years as an assembler and as an administrative assistant in purchasing. Linda has been in the investment industry for the past 7 years.

In her free time, Linda enjoys spending time with her family and going golfing.